Kilchoman Comraich Batch 1 is on its way to the US!

If this will be sold in the US to the public in specialised whisky stores or only at whisky festivals and/or certain bars as a dram is not known. The Kilchoman Comraich was intended to be sold at a few chosen bars around the world. Comraich is Gaelic for sanctuary, and the meaning is that Kilchoman fans all over the world should be able to visit those chosen bars finding that special sanctuary.

Whiskybase has information regarding another release of the Kilchoman Comraich Batch 1 being bottled at 58.5% ABV on 14th Aug 2017, the photo below is of that bottle coming from an Asian website. This is possibly a release for the Asian market. 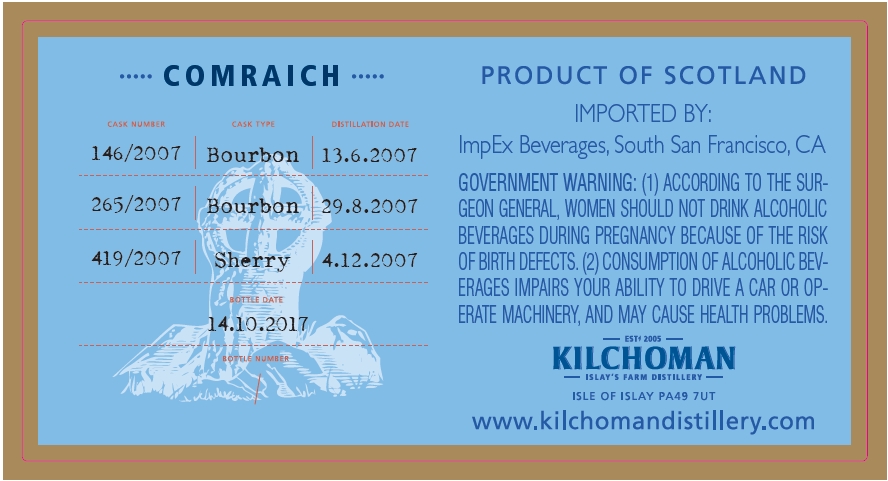 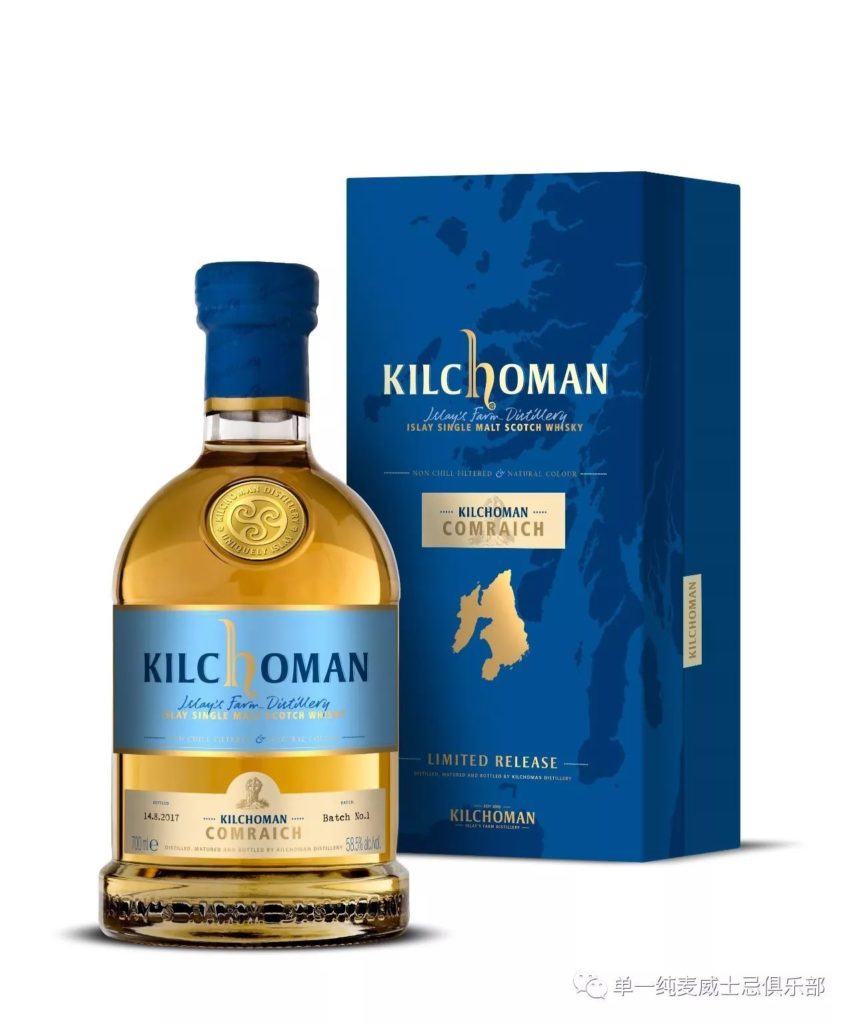