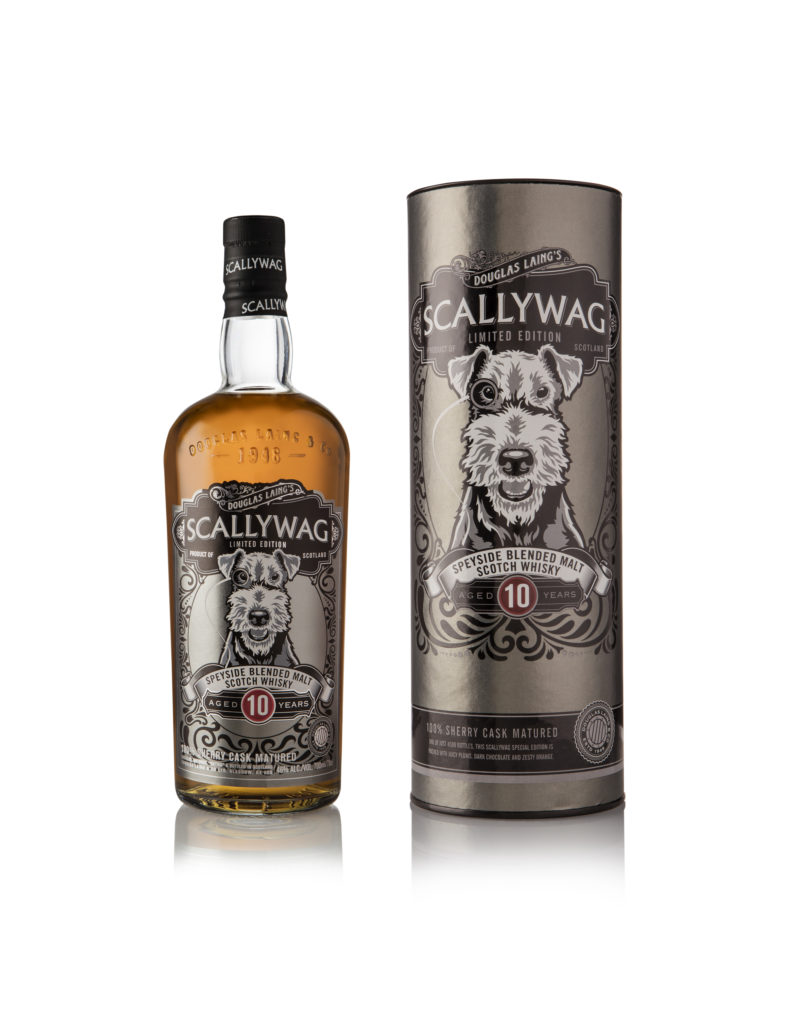 Scallywag is a celebration and a nod to the Laing family’s long history with Fox Terriers, who inspired their Scallywag Speyside Blended Malt Scotch Whisky. Frisky was the first Fox Terrier to roam the Douglas Laing’s offices back in the 1950s to Cooper who runs the show nowadays. The Fox Terriers were originally bred to help out during fox hunts, but today they are mostly a family dog. They are like other terriers intelligent, lively and highly energetic. However, they often get themselves into trouble. A Scallywag is someone “who behaves badly but in an amusingly mischievous rather than harmful way“. (Editor’s note: Being the owner of two Golden Retrievers, three Jack Russells and one Parsson Terrier so I know first hand what terriers are capable of!)

The very first Scallywag whisky was launched in 2013. A Cask Strength Edition came in 2015. Douglas Laing’s Scallywag has since then been seen in many editions and they are always released in small batches. We have seen Scallywag celebrating Christmas, twice, with Scallywag The Red-Nosed Reindeer and this year he was also celebrating the Chinese New Year with Scallywag The Year of the Dog.

Back to the whisky. It has been bottled at 46%, without colouring or chill-filtration. The vatting is 100% matured in sherry butts. It is described as “…?a Malt Whisky with notes of rich cocoa, stewed plums and sweet mocha.”. It is officially launched today but is expected in stores later this week, or early next week.

Cara Laing, Director of Whisky and third generation in the family business, comments on the new release:

“Some would say that Scallywag 10 Years Old is in fact aged 70 years, and if you count in canine years, that is indeed the case! It is 70 human years since my grandfather, Fred Douglas Laing, founded his eponymous company back in 1948, and as a man with a rather sweet tooth, we believe he’d be particularly proud of the vatting we have created, combining Speyside Single Malts matured in Oloroso and Pedro Ximenez casks to bring those rich, dark fruity and indulgent notes to the fore. Scallywag at “70”? is well-bred with great pedigree from a long line of wire haired Fox Terriers owned and loved by the Douglas Laing family. We hope Whisky drinkers around the world will enjoy his company as much as we do.”