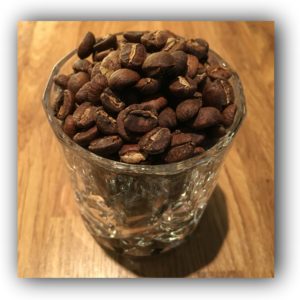 I have been around the speciality coffee scene since 2005, the extension of my interest have varied greatly over the years. However, one thing have always been in focus : the quality of the coffee! If you look how coffee is presented today, you’ll see that’s not the the deciding factor anymore. Speciality coffee (I’ll write more about this later) was initially a very small part of the coffee world, it mainly caught the interest from persons seeking that little extra from a cup of coffee. I’ll not go into depth regarding this subject in the post, but I’ll focus on the newest think in the coffee world right now : Latte-art.

Maybe I’ll sound a bit whiny now, I mean Latte-art is beautiful! Yes truly is, but is it really the most important thing? I’m not saying it’s a craft on its own, because it is! But most seems to think the brown liquid you the poor milk into is not really important. To me it wouldn’t matter if Picasso himself made a leaf in my cup of coffee if the coffee itself is just mediocre.

Nothing gets better than the components it’s made upon. If the coffee is spot on, then it’s a whole other thing to create a beautiful leaf or what’s in fashion at the moment. But you can’t make a bad cup of coffee god even if you have a talent for creating beautiful leaves with a milk jug. Now, some of you may feel I’m exaggerating but the latte-art’s importance has really overshadowed the coffee itself. If you’re follow the coffee world it’s impossible to not notice the change over the last couple of years.

Those are the issues that should be taught and trained, the foundation that creates the magic experience that a good cup of coffee can bring. Good coffee is not brewed by chance. There is probably no process in the world people are less careful with. People usually looks upon you as your crazy if you tell them you weigh the coffee beans and have a specific brewing time. Why is that so strange?

I don’t know many people taking a chance while baking or cooking! You rarely hear a baker saying : “Let’s just throw everything together and stick it in the oven. It’ll be fine!”. So, why would you do that when brewing coffee?

The key to a good cup of coffee is to be able to repeat making that magical brew, you don’t do that by chance!